You are here: Home / About

Big Bend Associates is a private investigative firm that provides some of the most experienced and comprehensive array of services in the country. We specialize in criminal investigations at all levels in state and federal matters. We are also committed to detailed litigation support before, during and in post-conviction matters for law firms and sole practitioners. Our investigators have served some of the most prestigious law firms in the country providing investigative support to your trial team. Our team approach to “flooding” a case with resources before an indictment or an information has been filed has been critical in cases not being filed and indictments being quashed. Our ability to work with federal, state and local law enforcement agents and state and federal prosecutors combined with aggressive investigation has yielded favorable results for persons charged with various offenses. Make us a part of your legal team in criminal and civil matters.

Big Bend Associates also can support your efforts in civil actions being filed against you. Our team has investigated numerous false claims and various types of insurance fraud for a variety of insurance carriers. We have a vast amount of experience in insurance defense (SIU) investigations. Many of these investigations have resulted in the carrier being absolved of responsibility, and the claimant being held liable for insurance fraud. We have participated in numerous examinations under oath (EUO) and our investigators have performed with distinction. We have done work for most of the major insurers in the country in SIU investigations.

Big Bend investigators have performed investigative and consulting services all over the country for law firms and large corporations as well as individuals who are in need of our services. Our commitment to excellence and confidentiality combined with early intervention results in favorable outcomes for a client. We have access to some of the most sophisticated proprietary data sources available for the ability to support an investigation with the freshest of information while using investigators to glean facts, locate witnesses and provide investigative accuracy and efficiency 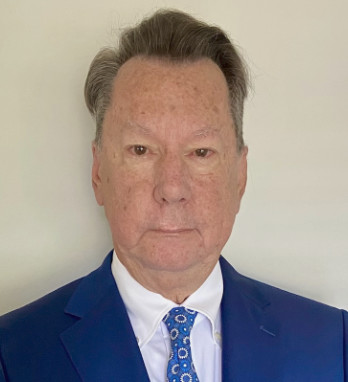 Lou is a veteran private investigator and a Tampa native. His investigative efforts have been focused in criminal defense both federal and state. He has assisted in defending clients accused of committing a wide array of offenses including but not limited to Title XI, R.I.C.O violations, Corruption Investigations, Bank Fraud, Mortgage Fraud, Medicare Fraud, Defense Contracting Fraud and Money Laundering and a host of other financial crimes. He has worked state cases involving Homicide, Vehicular Homicide and other death investigations as well as many other state cases. He has also been a consultant to the Department of Homeland Security, Sandia National Laboratory and Lockheed Martin Corporation.

Lou began his career with the Houston Police Department where he was a Field Training Officer and an Investigator. He was assigned to Narcotics and the Violent Crimes Task Force where he worked undercover infiltrating criminal organizations that were involved with committing major narcotic smuggling to murder for hire and human trafficking. He returned home to Tampa where he joined the Hillsborough County Sheriff’s Office. While there he was quickly promoted to detective in the Organized Crime Bureau. He was assigned to the DEA Task Force where he worked undercover investigating major drug offenders and organized crime. He later was assigned to headquarters working as a detective in the Legal Section investigating Asset Forfeiture and Civil Law Suits against the HCSO involving allegations of officer misconduct such as excessive force, vehicle pursuits involving death or serious injury and officer involved shootings resulting in civil action against the office. Lou left the HCSO to become the Chief of Law Enforcement for the State of Florida Division of Alcoholic Beverages and Tobacco. He supervised 86 sworn agents and seven field offices from Orlando to Ft. Myers. He later joined the Department of Agriculture and Consumer Services where he was second in command of over 200 uniform and investigators statewide. Lou reorganized the fraud investigations, targeting criminal organizations involving all types of consumer and financial crimes. Lou has been involved and supervised many high profile cases that have been publicized in the national and international media. 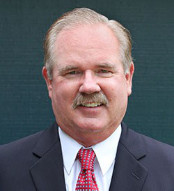 Mr. DeCoursey’s background and extensive knowledge of law enforcement operations have afforded him many relationships and a vast networking group with other law enforcement professionals around the country. He is currently conducting complex investigations throughout the State of Florida.